Alright so you’ve been seeing the term “Bluegrass” and you’re wondering what it’s about. In this article, we are going to be answering the question “what is bluegrass music?”.

We would also look at the history behind this style of music, and well as its uniqueness. So, without further ado, let’s dive right in.

What Is Bluegrass Music? — Definition

Bluegrass music is a genre, style, or type of music. It gets its name from the band “Bill Monroe and the Blue Grass Boys”. As you would have guessed, this band is responsible for facilitating this type of music, hence, why they named the genre after them.

What is Bluegrass Music? — History

Alright now that we know what bluegrass is and when its name came from, let’s talk about the history of this type of music.

It also got some of its inspiration from the traditional African-American jazz and blues. The style of music was later on developed by the guys who played with Monroe in his band.

If you want to find out the more-detailed history of bluegrass music, then we suggest you check out this article on the History of Bluegrass Music.

Taking inspiration from some forms of traditional African-American jazz, instruments often take turns in playing the melody of Bluegrass music. However, when they play the melody, the improvise and play around with it. The remain instruments play something called an “accompaniment”. Tunes played like this are often called “breakdowns”.

Breakdowns have rapid tempos, complex chord movements, and unusual dexterity of the instruments.

Although Bluegrass is not a fairly wide genre of music, it still has a few sub-genres, 3, to be price. These three subgenres are:

This is used for playing folk songs with their traditional chord progressions. The only difference between this and normal folk is that this one involves the use of only acoustic stringed-instruments.

This subgenre in the sense that they use electric instruments, other than strictly sticking to acoustic instruments. They also like to import rock and roll songs to spice things up.

Just like the genre “Gospel”, this subgenre of bluegrass music is more about the lyrics than the actual sound. The lyrics in Bluegrass gospel are Christian lyrics.

In relation to sound, though, you might notice some slight differences. This bluegrass gospel will often have either 3 or 4 part harmony (singing), in the form of a choral piece. 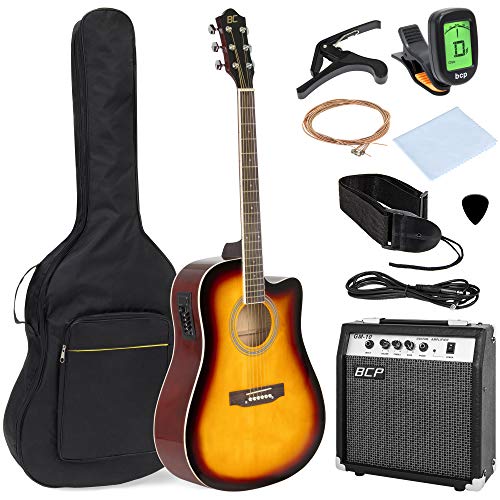 Differences Between Bluegrass And Country

Most times, people think that Bluegrass is only a subgenre of country music because of how similar the two genres are. Although it is true that they are similar, they are still very different. This makes them very distinct, as we will soon see.

The first difference between these two music genres is instrumentation. It is also where many people find their similarities. The biggest similarity is the use of the banjo. Banjo has become a popular instrument that is even used in music outside of these two genres.

The biggest difference, though, between the instrumentation is that bluegrass music often focuses strictly on acoustic instruments. This creates a sense of acoustic sound that makes it very different from the sound of country music.

In fact, in terms of sound produced by the instrument, Bluegrass is closer to folk music. This is as a result of the two preferring the use of acoustic instruments.

For voices, bluegrass is often known for its vocal harmonies, as we saw in Bluegrass Gospel above. They often sing two vocal harmonies with one singing on a higher pitch than the other. The one that’s sung on the higher pitch is referred to as “high lonesome sound”

Once you listen to these two music genres side-by-side, you would begin to notice the difference in sound and rhythm the more. Country music has a lot of dance tunes, as well as, ballads.

These dance tunes are often built on a steady rhythm. This is not to say that there is no variety in country music, not at all. In fact, in modern-day music, there is a cast variety of different paces and tones for country music. However, each song tends to maintain a certain rhythm throughout.

Bluegrass, on the other hand, keeps to its roots in terms of sound. It has a special type of sound that mostly consists of stringed instruments. The sound is characterized by quick plucking of the strings in tones that are high-pitched.

This, combined with the “high lonesome sound” from the vocal harmonies we talked about earlier, produces this unique sound of Bluegrass music.

Furthermore, unlike country music that is built on a steady rhythm, Bluegrass music tends to be free-flowing with its rhythm. This doesn’t come as a surprise as most of the things done in Bluegrass improvisation.

Now that you’ve learned what Bluegrass music is and its distinction from country music, it’s time to go on out and start playing for yourself.

If you’re interested in learning how to play either or both of these music styles, then we highly recommend that you watch the video below.

It’s a quick video that basically gives you an intro on how to strum for both country and bluegrass music.