Guitars can have any number of strings from 4 to 8, depending on the type of guitar it is. For most guitars (that are not bass guitars), the most popular number of strings is 6. So what notes are these six guitar strings? Let’s find out.

Guitars with six strings are numbered 1 to 6 with one being the thinnest string and 6 being the thickest. The note of each string is determined by something called an “open string”.

What Is An Open String?

Basically, an open string refers to the sound that is produced by a string when it is played openly, that is, without touching the fret. So, from 1 — 6, here are the notes that each open string plays: 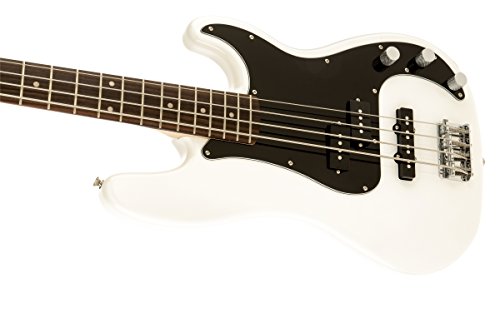 Why Is It Important To Know The Name And Number Of Our Guitar Strings?

The biggest reason why you need to know what each of these strings is meant to be is that sometimes guitarists tune their guitars differently. While most of the time you would get the standard tuning with the notes arranged as we’ve mentioned earlier, it’s not always the case.

If you pick up a guitar with a different kind of tuning or one that has just been restringed, without the knowledge of what this standard tuning is, you won’t be able to tune the guitar correctly. Because of that, you would never get the sound you want from the guitar.

Also, it’s important to know the numbers for the strings because those never change, no matter the tuning. You can look at it as more of a universal language that any guitarist would understand, regardless of how they tune their guitar.

It’s really not easy to remember the names of all the strings. But we can definitely help you with that. Now, there are a lot of different rhyming schemes or funny phrases that people use, but here are a few that we think are cool:

Whichever one of these you decide to go with is fine, you can even make up your own silly phrase. The key is to make sure that every first letter of the words in the sentence begin with the same letter as the corresponding notes.

Still on the topic of what the notes of the guitar strings are, there is another way that people refer to the thickest and thinnest strings that can be very confusing for beginners.

These strings are called either top or bottom based on their pitch, not their position. Like we’ve mentioned earlier the 6th string is the Low E, hence why it is referred to as the “bottom” string. It houses the lowest note you can play on the guitar, the bottom. On the other end, the High E is the highest pitch of all the open strings, hence, why it is called “top”.

If you still don’t understand, we suggest you watch the video below. It’s a beginner guitar lesson about tuning, strings, notes, and a whole lot of things that would be beneficial to you.

What Notes Are Bass Guitar Strings?

While acoustic and electric guitars have the same six strings with the same notes, it’s quite different for bass guitar strings. Unlike guitars that have a base of 6 strings, the bass guitar starts off at just 4 strings.

So, to help you remember it, something as simple as:

Should do the trick. Of course, this is from the 4th string to the 1st. You can also say it the other way around, it’s still fine.

When you start adding more strings to the bass guitar, it starts to become quite confusing. For a 5-string bass, you tune it in two ways. You can either add an extra low string or add an extra high string.

A 6-string bass adds both an extra low string, and an extra-high string. This leaves you with these notes: B, E, A, D, G, C.

There are other crazy guitars with 7 or 8 strings. However, as a beginner, that’s not something you need to be concerned about. And even if you end up getting it in eventually, just add two extra-low strings and two extra high strings, of course, tuning in 4ths.

With the few tricks we’ve given you, you should be able to figure out what any string is the moment you pick-up any guitar.

Also, the knowledge of open strings would make a whole lot of difference and improve your play. To help you with that, we’ve enlisted the help of our friend to help explain some open-string guitar chords.

Watch the video below: