Before we start, it’s not as difficult as you think. In fact, today, we are going to be teaching you only four basic chords. These four basic chords are the chords that most pop and rock songs are formed with.

With these four chords, you would be well on your way to making your own song on the guitar.

The Only Chords You’ll Need

To write any song, the first four chords you’ll need to learn are- I, V, VI, IV.

Does that look confusing? Well, let us explain.

If you don’t know about scales on a guitar, then we suggest you check out this article “What Is A Guitar Scale?”. You’ll need basic knowledge and understanding of the Major Scale to understand what we’re about to explain to you.

Every major scale has 7 notes. These seven notes are widely known as your sofa notes “Do, re, mi, fa, so, la, ti” Each of these notes can also be represented by numbers (mostly written as Roman numerals), thus- “I, II, III, IV, V, VI, VII”.

So, the numbers I, V, VI, and IV, represent the notes “Do, so, la, fa”. These are the notes that most pop songs are built on. 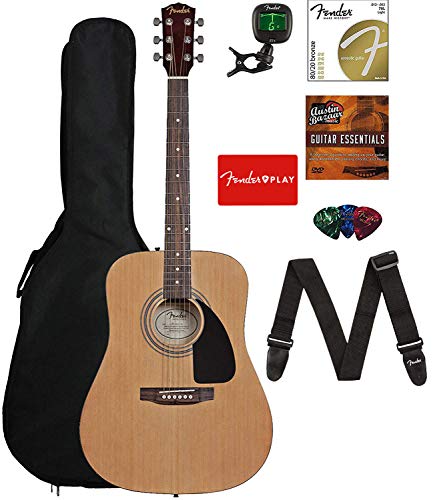 Find The Right Key For You

All we are doing today is to try and help you write your first song, not attain mastery of songwriting. So most of the things we are going to be talking about are merely the basics.

The next thing you need to do is to find the most comfortable key to sing on for you. The easiest way to do this is to sit down beside a pianist and sing one song repeatedly on all the keys. Then, you’ll be able to decide what key you’re most comfortable on or at least a range.

Once you’ve found the right key for you, learn the I, V, VI, and IV chords. So let’s say for example your most comfortable key is C major. The chords you would need to learn are:

C – G – A – F. C major is a really easy key to play on so if you’re comfortable singing on C major, you’re very lucky. The four chords we’ve mentioned are all major chords and most likely the first few chords your guitar teacher will ask you to practice.

Here are a few other keys and the corresponding chords you’ll need to learn to write a song on those keys:

Now that you’ve successfully learned all the chords you need, it’s time to create a “Chord Progression”. Don’t let the jargon confuse you. What that basically means is that you’ll need to put these four chords you’ve just learned into a rhythm.

Rhythm is made up of 4 bars. If you use all four chords, then each chord would have a bar. If you decide to use 3 chords instead, then you’ll have to repeat one chord twice to fill up the four bars.

Write Your Lyrics And Come Up With A Tune

Now that you’ve come up with your chord progression, the final step is to write the actual lyrics to your song. We suggest that you keep it simple. A few words to form a chorus is really all you need.

Remember, you are not trying to release a hit record, just something to get you started with making music. Try writing something you can easily sing to friends and family, something they can join you in singing.

A great idea is to write about the place you live or the people you love. This would encourage others to sing along which will in return, encourage you the songwriter.

Alright! You’ve written your first real song with your guitar. There are other things we could have added like extra chords to beef up the song, more verses, song structure, but we decided to keep it simple and stick to the basics.

One thing you must be aware of, however, is that you will write a lot of crap and that’s not a bad thing. Chances are your first to tenth songs won’t be hits. Your friends and family might sing along because they love you but that’s it.

You have to be ready to put in the work. And remember, Songwriting is like storytelling, people want to hear your own story. Not another person’s. So make your song tell your story.

We’ll leave you with a video of many pop songs played with this same chord pattern “I, V, VI, IV”. It’s a bit comedic too, so you should definitely enjoy it.